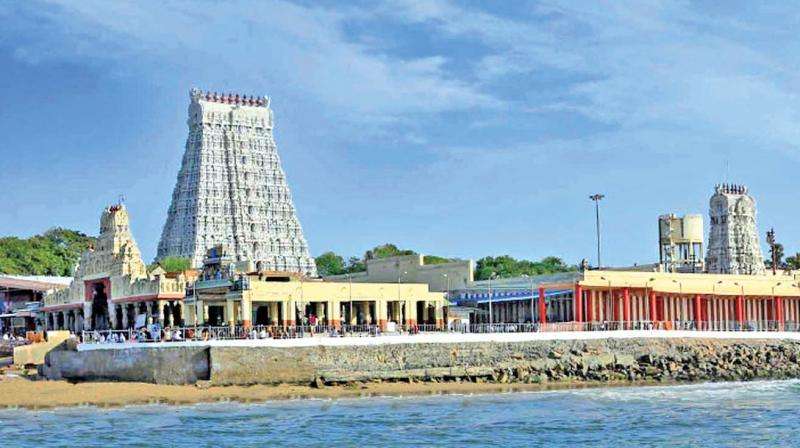 Its the only temple of the Arupadaiveedu shrines that is situated on a beach by the Bay of Bengal. Called Tirucheeravai and Jeyanthipuram at different times. It derives its present name from the saint-poet, Arunagirinathar, who is best known for composing Tiruppugazh verses in praise of Muruga.

According to mythology this is where Muruga slayed the asura, Soorapadman. The latter, a Shiva devotee, had acquired a boon that he could not be killed by any human or animal or even a being born of a goddess. When the asura became an uncontrollable menace, Shiva caused six rays of light from his third eye to fall in the waters of the heavenly pond, Saravana Poigai and they became six infants who then coalesced into one, Shanmuga or Armuga, the six-headed god who was not born of human being, animal or even a goddess. It was on the sands of Tiruchendur, that Muruga and his padai (army) vanquished Soorapadman.

After slicing the asura into two, Muruga turned one part of him into a rooster and the other into a peacock and these became Muruga’s symbols forever. It is said that the Tiruchendur temple was built on the remains of the Gandhamadhana Parvatham or sandalwood mountain, so called because the stone here was sandal coloured. You can see the light coloured rock in the shrines for Vishnu and Mahalakshmi in the temple.

This temple is  over 2000 years old, the large temple is in granite with a nine-tiered gopuram and the only Muruga temple in which you descend a few steps to get to the main praharam and sanctum. Enter through the Shanmugavilasa mandapam, and admire the 124 carved pillars here. There is a hole in the wall opposite the flagstaff where, if you place your ear to it, you can hear the unceasing sound of Om, or perhaps the echoing sound of the waves. 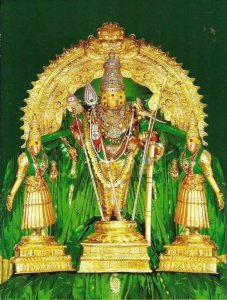 Book the best hotels near the temple at the best price. Grab a deal.