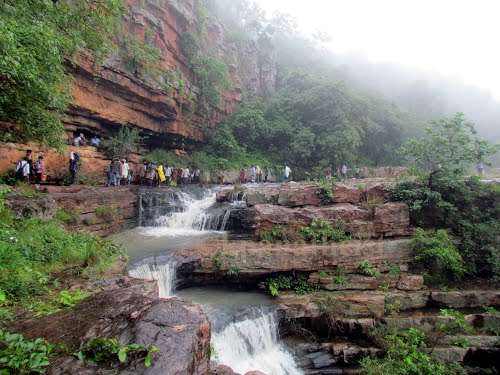 Gupta Mallikarjunam is one of the most beautiful picturesque and treacherous spot which gives immemorable pleasant and happiness at the sight of tremendous water fall located there. It is of about 36 Km from Srisailam.

The sacred complex of Srisailam during medieval times provided shelter to many secret saivaite sects who performed their ritual acts in such inaccessible spots such as this. Hence such places derived the name such as Guptha meaning secret.

Shallow cave – This place contain a small shrine of Siva in a shallow cave along with a broken idol of Ganapathi. The Srisaila Khanda of Skanda Purana speaks about this place and named it as Guptha Mallikarjunam. It is said that by mere seeing this place one can get free off from his sins.