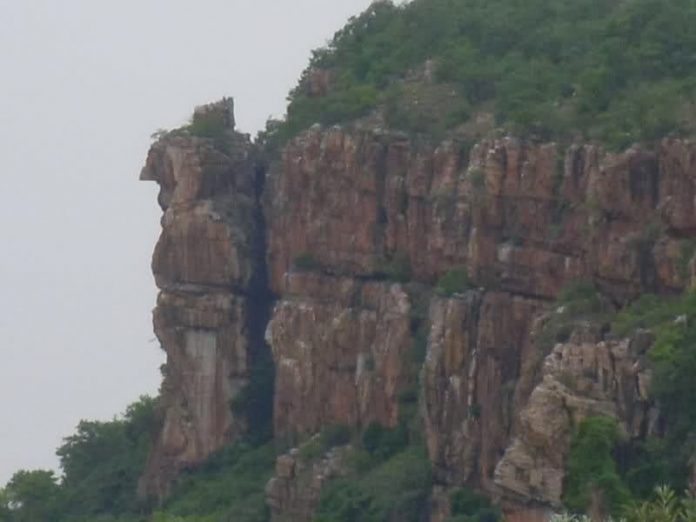 The fourth of the seven hills is Garudachalam or Garudadri hills! Sri Maha Vishnu manifests Himself on the earth in every yuga to punish the wicked and save the virtuous as it is said in the Gita:

Once upon a time, a demon known as Hiranyaksha started torturing the people of different worlds in different ways. Unable to bear his cruelty, the saints pleaded with Lord Sri Hari to come to their rescue.

As if it is not enough, Hiranyaksha rolled the entire earth like a mat and took it to the Underworld. He took delight in kicking it like a foot-ball. Goddess Bhudevi prayed to the Lord of Vaikuntha to save her. Then Sri Maha Vishnu assumed the form of Shwetha Varaha Swamy and killed Hiranyaksha with his sharp, terrifying tusks and retrieved the earth on his tusks.

Greatly delighted at the stupendous act of the Lord, Brahma and other angels, kinneras, gandharvas, saints and yogis praised Adi Varaha Swamy in different ways. They requested him to stay put there in the same form in which he saved Bhudevi, and bless the people. Adi Varaha Swamy conceded their request and ordered Garuthmantha: “Oh Garuthmantha! Go back to Sri Vaikuntham and get the Kreedadri hill there in which I used to flirt with Sri Maha Lakshmi and also the Kreedavapi spring and place them here.” Immediately Garuda said, “Yes,” flew to Sri Vaikuntham and did as commanded. At the instance of Garuda, it came to be known as Garudachalam. That is Garudadri Hills!