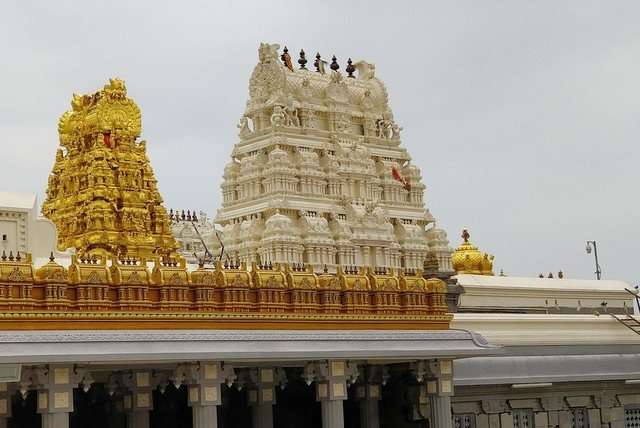 Kanchi or Kanchipuram temple is famous for Kamakshi Amman. It is one among the 51  Shakti peetams (sacred spots) that are there all over India, where it is said Parvati’s body parts fell when she killed herself to avenge the insult to her husband, Shiva, during the asura Dakshan’s yagna. Kanchi is Ottiyana peetam, the place where the goddess’s midriff fell. To mark Kamakshi’s uber mother status there are no other temples to Parvati in Kanchi.

It is believed that the actual Shakti peetam or the Kamakottam is behind the present one. It is the spot where the saint Adi Sankara got absorbed the fury of the enraged goddess and directed it into the yantra known as the Sri Chakra, thereby turning her into the calm and benign deity, Kamakshi.