Parvati Hill Temple is a Hindu Temple dedicated to Goddess ‘Parvati Bhavani’. The complex of the temple is located on the top of the Parvati Hill. One should climb more than 150 steps to in order to reach the temple on the top. It is believed that, the deity of Parvathi Bhavani manifests itself and cures the ailments of her worshipers. There are many accounts of such believes available in the history of the temple. 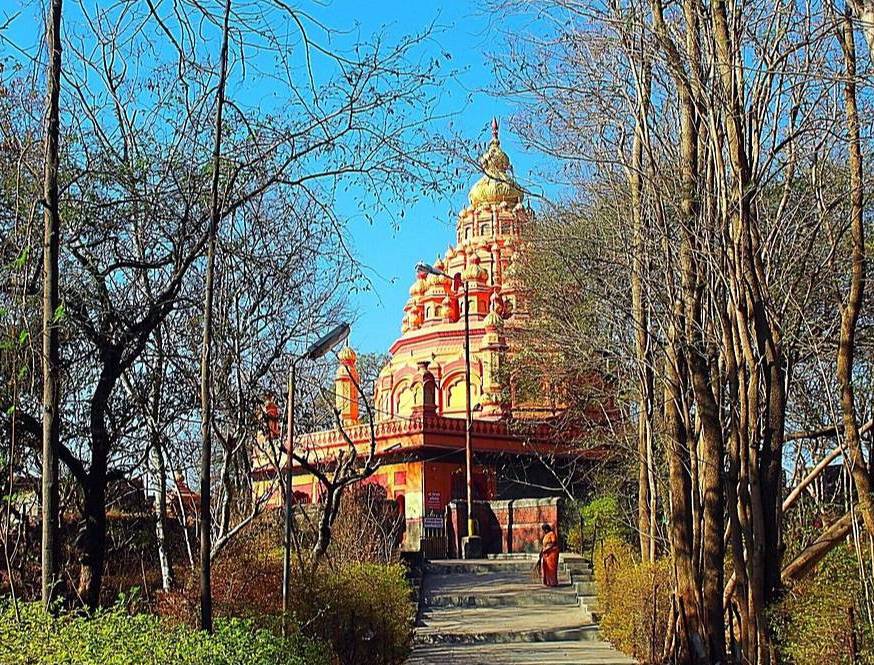 There is a very deep believe that Parvati Bhavani help in cure of diseases. It is said that, Nanasaheb Peshwa’s mother also had the same experience. Hence, Nanasaheb constructed this temple. The traditional deity of the Peshwa dynasty – Shambhu Mahadeo or Deveshwar is located in the main temple. There are small temples of Surya, Ganapati, Bhavani Devi and Vishnu located on the four corners of the temple. The murti of goddess Parvati is located in the shrine of Bhavani. Goddess Bhavani is also known as Ashtabhuja Devi. The Vishnu Temple was built around 1785 AD and this shrine completes the complex of the Parvati Hill Temple.

Important Structures on the way to the Temple

While climbing the steps we come across ‘Sati Samadhi’ on the 32nd step. On the 75th step we come across the Gymnasium and the place where there used to be an armoury of guns. Next comes the Ghadyalkhana on the way to the top. Next important spot is Nagarkhana and was demolished in 1970. Nagarkhana was built in such a way that, the sun rays at the time of sunrise, on March 23 and September 23 (the days when nights and days are of equal duration) used to pass through the windows of Nagarkhana and fall directly on the murti.