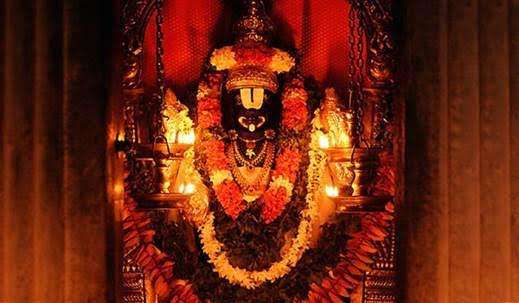 Venkatachalapathy Temple is 1 km from famous Sri Krishna Temple, Guruvayur. The deity worshipped at this temple is the same Lord Venkateswara (Balaji or Venkatachalapathy) worshipped at the world famous Tirumala Temple in Andhra Pradesh. More than 1000 years ago, a sage from the Tirumala Temple came over to Guruvayur and wishing to establish a temple for his Lord Venkatachalapathy at Guruvayur where there is already a temple for Lord Sri Krishna. He sat by the side of the present temple tank, prayed for and obtained permission of the Lord for such a temple at Guruvayur and then established this temple after bringing an deity from Tirupati. The locality where this temple is situated is known as Thiruvenkidom from time immemorial.

During an invasion, this deity was mutilated. In 1974 some devotees arranged the devaprasna (astrological search) and came to know the real nature of the deity. The devotees then went to Tirumala, arranged a Deity from there, took it to all the temples in South India and finally brought to Thiruvenkidom. The reinstallation was done in June 1977 in a grand ceremony by the Thanthri of the Guruvayur temple and Periya Jeer Swami of Tirumala. Thus Lord Venkatachalapathy manifested Himself again at Thiruvenkidom. Now most of the devotees who come to Guruvayur have darshan of Lord Venkatachalapathy. About 600 years after the original installation of Lord Venkatachalapathy, a deity of Bhagavathy (Mother goddess) was also installed here. Mother goddess through her benign nature and generous blessings soon began to be worshipped as the ruling mother of the entire population. After the deity of Venkatachalapathy was mutilated, it was Mother’s shrine which retained the tradition of this temple and was continued to be worshipped during this time. She was the refuge and protector of all the devotees. After the reinstallation in 1977 this temple has regained its glories. 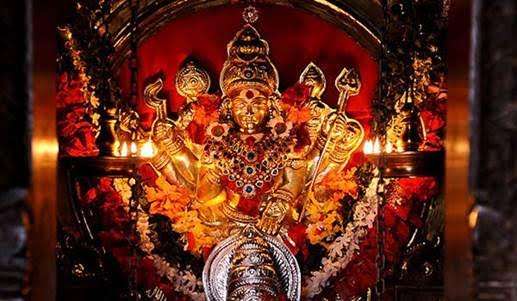