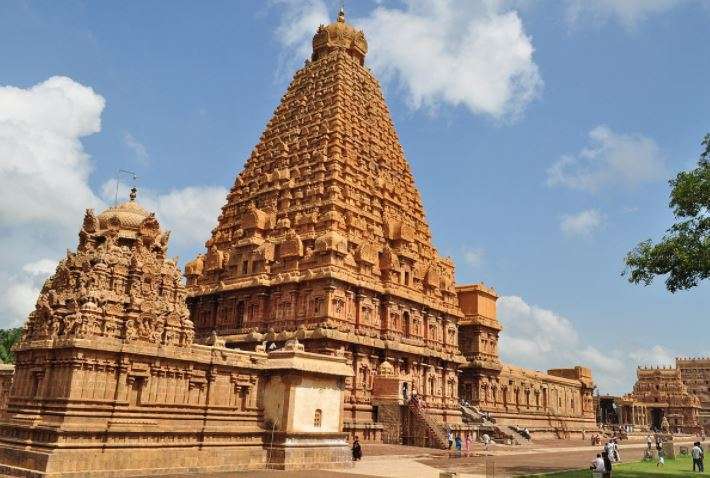 The Brihadeswarar Temple is also known as Rajarajesvaram or  Peruvudaiyar Kovil, which means the Big Temple. It is also recognized by Unesco as a world heritage site. It is one of the largest temples in South India. It is the 7th largest Hindu Temple in the world.

In Sanskrit, ‘brihad’ means ‘big. Brihadeswarar simply translates as magnificent Shiva. True to his name, the Shiva lingam is 12ft tall here and its circumference is 54ft.

Lord Shiva appeared to King Raja raja Chola in his dream and commanded him to create a temple for him. The Chola king’s martial victories experienced phenomenally widened the borders of his empire. Raja raja Chola , a devout Saivite, constructed a temple for his preferred deity that would not merely befit the magnificence of the God but also set up the supremacy of the Chola empire. The primary sanctum roofing is carved from an individual granite block . At anytime of the entire year, the shadow of the shikara by no means falls on the floor at noon.

How To Reach Brihadeeswarar Temple