According puranas, Adiseshu is considered to be one of the ardent devotees and discpilened servents of Lord Maha Vishnu. Even there are about eight inscirptions which speak the association and bond betwee Lord with that of Serpent king. Adisesha is also believed to have taken the incarnation of Sri Lakshmana and Sri Balarama during Tretayuga and Dwaparayuga resepectively.

Adiseshu serves the His master as bed, ornament, umbrella etc. in different occasions. This is the reason why Lord takes on Peddasesha vahanam on the first day even during the mega nine-day religious event of annual brahmotsavams every year. 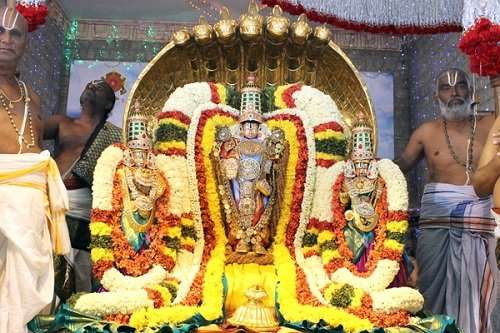